Let’s Talk About You

Let's talk about what do you really need in order to life the life you want!

One of the most important steps is to understand why our habits are formed!

“Habit formation is the process by which behaviors become automatic. Habits can form without a person intending to acquire them, but they can also be deliberately cultivated—or eliminated—to better suit one’s personal goals.”

Repeating something that we feel is important, or that our mind judges to be important, makes it deeper and at the same time more accessible to us. This automatic action helps the body to achieve what we want. The mind (like software) starts to shape different areas of the brain (like hardware) and forms the communication between neurons. The neurons then store all the information, or elements needed to do something, in parts, but keep them connected. If we make a habit, then connectivity takes priority, and pathways are coated with a special kind of fat that our body builds up to achieve information speed. (By the way, its proper name is Myelin - sheath.) And I've just described all this in infinitely simplified terms.

In the beginning, we have to learn a number of things to adapt to our environment. That's how it is at age 0 and that's how it is with any new event. Although, at 0 years old, only the basic functions that are essential for the body's life support are wired in our brains. For some reason, the human race has taken quite a long road to maturity. We spend most of our time with mother and family until we are able to stand on our own two feet.

Our habits make our lives much easier. There is a lot to adapt to, but over time we really focus a lot of our attention on minimising this stimulus group. We try to make our lives as comfortable as possible, and to exclude anything uncomfortable as far as possible. Of course, generalising most of the time weakens any idea, but many of us live a life of total comfort where we have access to hot water and electricity almost without thinking. In a previous post, I wrote about the obstacles. The obstacles are not entirely obvious, but weak or non-existent challenges create new tasks.

So our habits are mostly about being able to make often repeated tasks and reactions automatic. But habits are different from routine actions.

What’s the difference between a habit and a routine?

“While a routine involves repeated behavior, it’s not necessarily performed in response to an ingrained impulse, like a habit is. You might routinely wash the dishes or go to the gym without feeling an impulse to do so because you feel you need to do those things.” - Psychology Today

Most of the habits we are not even aware of. The mind has to use areas that it does not necessarily or most easily allow access to. And it does this to keep the way of life safe at all costs. There is one more important element to this equation. The mind does not discriminate between right and wrong to the extent that we say it does in interpretations of writings, situations, or emotions. When you form an opinion about something, you are using your previous experiences, knowledge, conclusions and comparisons with them. We like to talk about how unique our thinking is, or how special we are, but in reality, the 'play' of the mind affects everyone.

There is no right or wrong for the mind, mostly just safe and dangerous.

What it means to the mind to be safe or dangerous is determined by your past experiences. So habits can't be exactly the same for everyone, nor do they mean the same thing. But you may already have an idea of why it is so important for the mind to classify experiences and form habits, routines, automatisms.

Why do humans have habits?

“One likely reason people are creatures of habit is that habits are efficient: People can perform useful behaviors without wasting time and energy deliberating about what to do. This tendency toward quick-and-efficient responses can backfire, however—as when it gets hijacked by the use of addictive drugs or consumption of unhealthy food.” – Psychology Today

You wouldn't think it, but convenience and practicality come at a high price. And as one of my favorite authors wrote, we don't change because "not doing" something is just as much effort as changing it. Our way of life may be complex, but perhaps the mechanisms that make it work are simpler. If something is safe and even comfortable, you will feel more motivated to continue doing it. Everything else feels like effort, and your mind will try to dissuade you from changing.

The first time I took my bike out for a good ride on a warmer day, every muscle in my body was telling me, DON'T DO IT!!! You are crazy! Then, when I had to pedal up a hill, which will always be in front of me from then on, it made it even clearer in my mind that this was an extremely stupid idea. Not just once, because it might have been passed through the system. Every time I go for a ride, I have to take into account that I have to "climb" a big hill at the end. The following season the resistance was milder. But there it was! And it's okay if you understand that mechanism too. It was a lot easier to get back on the bike after a long (winter) break, yet the thought of "you know you have to do this, right?" comes up. The first signs are probably strong when you want to change something. Many people give up here. But the game doesn't end here. Next, it will take some time for your mind to pick up on it if you want to achieve something different. You might also think that this is a way of testing the new things that are in front of you. To make something worthy of deeper storage. But some kind of test is coming. And if you're not mindful enough, the old habit, which is stronger than the new, will come back. So persevere! 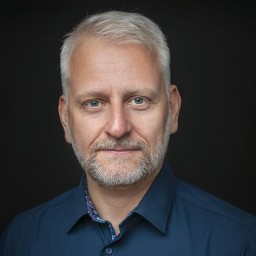 As a consulting advisor, Laszlo has worked with many people from all over the world. He has helped them to remember who they are.His approach is based on the belief that mastering your own life will help you all over the other areas, from personal life to business carrier. The leaders of our lives must be us. In order to became successful leader, one has to become aligned person. His programs designed to take full authorship of our own lives, so that they are empowered to lead from the heart. Creating safe, supportive and confident environment both physically and mentally.

Looking to take yourself, your team or your organization towards success?

Laszlo Rem services include speaking engagements, workshops and group or one-on-one coaching.  If you would like to know more about the services offered and how they can be tailored to you or your organization, or if you would like to inquire about my availability for speaking or workshops, please provide a few details in the form.

I would like to have a talk with you to find out what works (or doesn't), a and work together to find an approach that works for you.

Let’s take the first step to making it happen… contact me to book a conversation!

I look forward to connecting with you soon!

This website uses cookies to improve your experience while you navigate through the website. Out of these cookies, the cookies that are categorized as necessary are stored on your browser as they are essential for the working of basic functionalities of the website. We also use third-party cookies that help us analyze and understand how you use this website. These cookies will be stored in your browser only with your consent. You also have the option to opt-out of these cookies. But opting out of some of these cookies may have an effect on your browsing experience.
Necessary Always Enabled
Necessary cookies are absolutely essential for the website to function properly. This category only includes cookies that ensures basic functionalities and security features of the website. These cookies do not store any personal information.
Non-necessary
Any cookies that may not be particularly necessary for the website to function and is used specifically to collect user personal data via analytics, ads, other embedded contents are termed as non-necessary cookies. It is mandatory to procure user consent prior to running these cookies on your website.
SAVE & ACCEPT
X